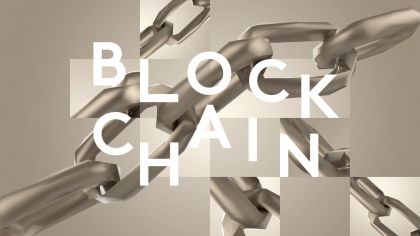 In 1954, one of the pioneers behind cybernetics, W. Ross Ashby, defined homeostasis as behaviour of interconnected machines that "is adaptive if it maintains the essential variables within physiological limits". [1] Ashby based his definition on experiments he conducted with four interconnected machines that formed a new whole that he called the Homeostat. Operational stability of this new whole is achieved as one of the whole's properties. In fact, Ashby considered this particular property a form of autonomous coordination of activities by and between the various machines.

In today’s age, devices and machines are increasingly interconnected in networks such as the (Industrial) Internet of Things, offering not only new possibilities but also creating rapidly growing threats that we are still insufficiently aware of and to which we certainly still lack an adequate response. Research into the essence of seemingly new technology such as blockchain technology or cybersecurity may produce new combinations for the development of new knowledge and applications.

Blockchain technology and self-stabilising systems
Ashby considered it a given that two or multiple systems can be interconnected. By creating interconnections, different systems acquire an ability to communicate and interact, thus forming a new whole. For Ashby, creating stability in this new whole is a form of ‘adaptive behaviour’. He claimed that “change of stability can only be due to change of value of a parameter, and change of value of a parameter causes a change in stability.”

In the early 1970s, Edsger W. Dijkstra raised the question whether self-stability as a feature of a whole made up of interconnected systems could be interesting on a scale “from a world-wide network to a common bus control.” Dijkstra defines self-stability in systems in this context as follows: “We call the system self-stabilising if and only if, regardless of the initial state and regardless of the privilege selected each time for the next move, at least one privilege will always be present and the system is guaranteed to find itself in a legitimate state after a finite number of moves.” [2]

That same year, Lamport added the following to Dijkstra’s definition: “Self-stabilizing systems represent ones which are self-correcting:even if they reach an incorrect state through some transient malfunction, they will eventually resume correct operation.”[3] The nuance that Lamport added to the definition opens up the possibility of having networked machines communicate as neighbours as soon as a specific connection has been established between the neighbours. Lamport thus laid the basis for thinking about distributed operating systems that are interconnected in networks, stating that “a distributed system consists of a collection of distinct processes which are spatially separated, and which communicate with one another by exchanging messages. A network of interconnected computers, such as the ARPA net, is a distributed system.”

In 2018 [4], the US National Institute of Standards and Technology (NIST) established that blockchain technology basically originated in the 1980s and 1990s, evolving largely out of the development of the PAXOS algorithm as a consensus protocol that allows interconnected machines to agree on a specific result. These concepts are, according to NIST, the basis for digital currency such as the Bitcoin cryptocurrency.

Cybersecurity
Singer [5] argued that, in this day and age, the concept of changes that come from outside the system is more relevant than ever, as we increasingly face cybersecurity issues when an outsider “seeks to gain something from the activity, whether to obtain private information, undermine the system, or prevent its legitimate use”. Willingly penetrating one or multiple networks of interconnected systems or components of such networks, with a view to disrupting the functioning of the whole, is a growing and very current threat to the workings of our society. The extent of this new threat continues to grow, as pointed out by Schneier when he said that “everything is becoming one hyper-connected system in which, even if things don’t interoperate, they’re on the same network and affect each other”. [6]

Such systems are also referred to as cyber-physical systems. NIST defines such systems as “smart systems that include engineered interacting networks of physical and computational components.” [7] These smart networked systems are incorporating more and more devices that we use in our everyday life (smartphones, TVs, refrigerators, cars), in our day-to-day work (industrial robots, power grids) and in healthcare (MRI scanners, electronic infusion pumps, implanted glucometers, et cetera). They are all systems that operate in a distributed manner and are connected in networks such as the Internet, communicating and interacting in these networks by exchanging messages.

Security
Systems are furthermore often hard to secure or entirely unprotected. It is becoming increasingly clear that illegally gaining access to one or multiple systems can cause severe disruption of the greater network. Recent incidents such as Operation Cloud Hopper, ransomware attacks on Maersk in Rotterdam and Hydros in Norway, Hatman malware in the petrochemical industry, or crash override attacks on power grids have shown that the vast number of wholes of interconnected systems that we use today cannot simply be assumed to be secure. In light of this, Kello argued that “understanding the cyber question requires a new paradigm of security commensurate with it, one that privileges not just physical but also nonphysical threats and that elevates nonstate actors to a higher level of theoretical existence than the traditionalist viewpoint allows.” [8]

Understanding the new cyber-threat is impossible without first understanding the essence of the new networks and the devices and machines that operate within them in a distributed fashion, making up cyber-physical systems that communicate and interact in changing combinations. There seems to be, however, real potential in combining the possibilities for self-stabilisation of interconnected systems to enable them to assimilate or correct changes to the behaviour of one or several participating systems, thus protecting their joint security. Still, to further flesh out the new combination, we need greater knowledge of the possibilities for self-stabilisation by collaborating cyber-physical systems and the relation to their joint security.

Conclusions
The technological developments that are shaping our present-day world, such as the Internet, (Industrial) Internet of Things and cyber-physical systems, are the product of rapid development of knowledge over the past seventy years. As knowledge grew, new technologies and applications, as well as new threats, have emerged that together constitute the growing technological enframing of our day-to-day lives and working practices. Heidegger believed that the essence of new technology will only truly manifest itself in a world of ignorance and oblivion. In its current manifestation of interconnected systems that jointly make up a new whole, technology is forcing us to find the essence of this new technology fast, so as to be able to deal with the threats that ensue from this essence and to figure out how it affects us as humans. Like Heidegger said, “the essence of technology lies in what from the beginning and before all else gives food for thought.” [9]

Research into the essence of new and interconnected technology as it has developed so far should focus not only on new possibilities offered by the technology, but also on the potential threats arising from the autonomous operations of this new whole. Developing new knowledge and insights based on analyses of the history and background to the possibilities and threats that come with interconnectedness can help us overcome our ignorance and oblivion, while also contributing to finding new stability between systems mutually and between systems and humans.

Ben van Lier works at Centric as Director Strategy & Innovation and, in that function, is involved in research and analysis of developments in the areas of overlap between organisation and technology within the various market segments.