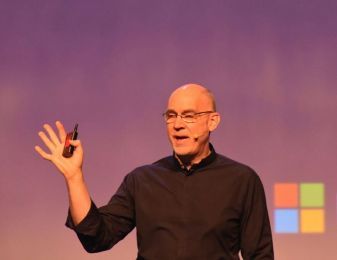 During the Microsoft Techdays NL Conference that took place in Amsterdam we grabbed the chance to talk to David Chappell about Cloud offerings.

David Chappell is Principal from Chappell & Associates in San Francisco and was keynote speaker during the Microsoft Techdays 2016, that were held in Amsterdam, The Netherlands, on October 4th and 5th. Luckily David was able to find some time during the busy Techdays programme for an interview with Dutch portal Release.nl and share his thoughts with us. We spoke with David about the cloud offerings from Microsoft, Amazon, Google and Salesforce.

David Chappell has been the keynote speaker for more than a hundred conferences and events on five continents, and his seminars have been attended by tens of thousands of IT leaders, architects, and developers in fifty countries. His books have been published in a dozen languages.