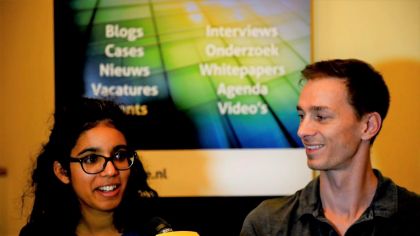 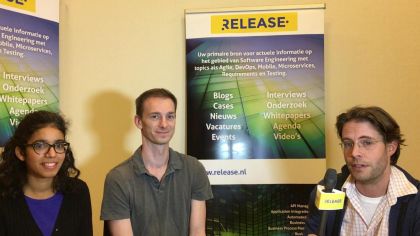 From October 30th to November 4th the SPLASH Conference took place in the Mövenpick Hotel in Amsterdam. For the first time SPLASH was organised outside America and it offered an update on programming, software development and programming languages.

During the Splash 2016 Conference in Amsterdam, Tijs van der Storm conducted a video interview with Nada Amin from EPFL and Ross Tate from Cornell Univerisity. Tijs van der Storm is researcher at the Centrum Wiskunde & Informatica (CWI) in Amsterdam and Professor of Software Engineering at the University of Groningen. Upcoming young academic researchers Ross Tate and Nada Amin published a very interesting paper about deficiencies in the Java and Scala programming languages. In fact, together they broke the Java and Scala type system. Splash Conference publicity chair and professor software engineering Tijs van der Storm studied the paper and talks about their research results and the consequences.

On this webpage you can find a code example of how to break either type system. Click here to download the paper that they wrote, Java and Scala´s Type Systems are Unsound. Nada Amin just submitted her Ph.D. thesis in October 2016 at the École Polytechnique Fédérale de Lausanne (EPFL) in Switzerland and works in the core team for Scala with prof. Martin Odersky. Ross Tate is assistant professor at Cornell University, New York, and together they did research on the 'soundness' of the Java and Scala type systems.