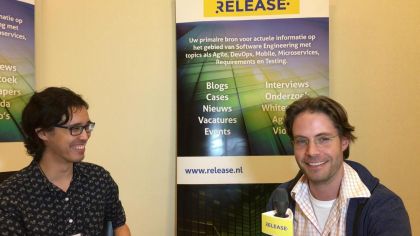 From October 30th to November 4th the SPLASH Conference took place in the Mövenpick Hotel in Amsterdam. For the first time SPLASH was organised outside North-America and it offered an update on programming, software development and programming languages.

During the Splash 2016 Conference in Amsterdam, Tijs van der Storm conducted a number of video interviews, one of which with Andy Ko from the University of Washington. They talk about the latest research by Andy Ko which is on the 'human view' on programming languages. Most research has always been done on the technical aspects of programming languages as opposed to the human aspects, such as struggling to express what you want or the sense of control or power over the PL. They also talk about the importance of user interface, user experience and about programmer experience to conclude with the latest developments in programming languages.

Tijs van der Storm is researcher at the Centrum Wiskunde & Informatica (CWI) in Amsterdam and Professor of Software Engineering at the University of Groningen.