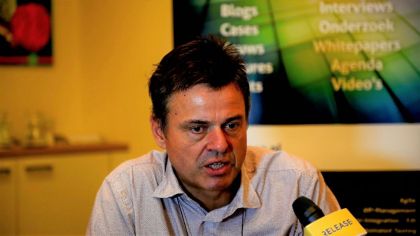 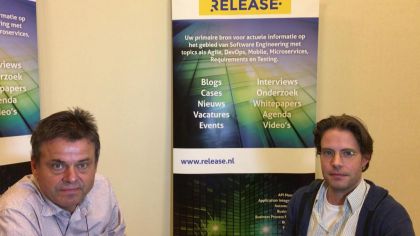 From October 30th to November 4th the SPLASH Conference took place in the Mövenpick Hotel in Amsterdam. For the first time SPLASH was organised outside America and it offered an update on programming, software development and programming languages.

During the Splash 2016 Conference in Amsterdam, Tijs van der Storm conducted a video interview with Martin Odersky, professor of programming methods at École Polytechnique Fédérale de Lausanne (EPFL) in Switzerland and designer and architect of the Scala programming language. Tijs van der Storm is researcher at the Centrum Wiskunde & Informatica (CWI) in Amsterdam and Professor of Software Engineering at the University of Groningen.

They talk about the start of the Scala project and the influence of a large commercial user base on the design of the language. What sets Scala apart from other programming languages and how generic is Scala? They also discuss the latest developments in the Scala ecosystem and with the new Scala Center educational program. Martin also mentions some new features for the new Scala programming language that he is most excited about.